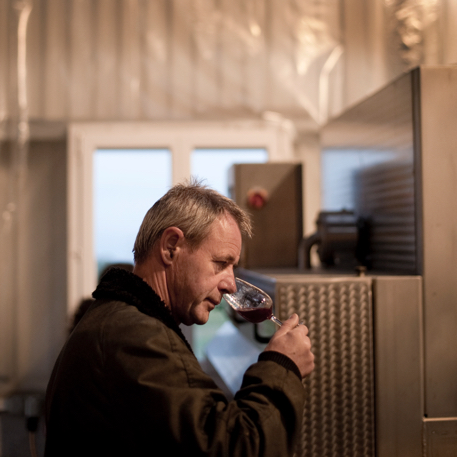 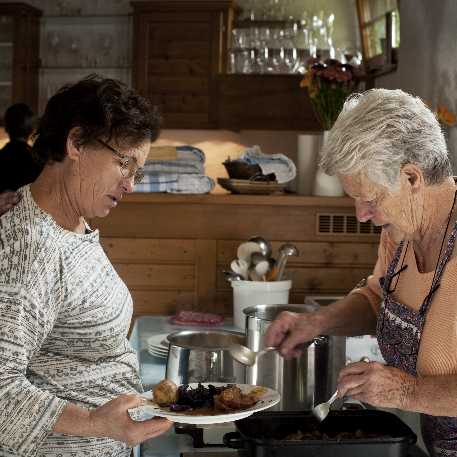 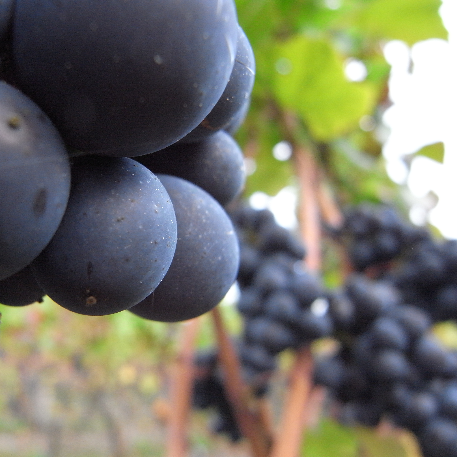 2009’s record-breaking vintage will remain etched in our memories forever. The amount of sugar in the grapes was well above average thanks to the magnificent weather we enjoyed and which many of you may well also remember.

After a cold and snowy winter, spring came quickly in 2009 thanks to relatively mild, even summery, temperatures. The first buds were visible on the vine around April 13, which is to say about a week earlier than the norm. Flowering came early too, around June 9, thanks to a month of May during which temperatures often soared past 30°C (86° F). The summer was hot and dry, albeit not spectacularly so, and there was less rain than usual except during July. This eased problems with mildew and oidium, and, since vegetative growth stopped naturally earlier on, it also increased sugar levels at the end of the cycle. Harvesting began on September 22, and ended on October 5, without a single day of rain!

And now, we are happy to say that we are looking at a beautiful year – wines with a remarkable constitution that have a welcome freshness to them thanks to the simple, natural winemaking methods we opted for in an attempt not to lose any of the balance, tension, class and generosity inherent to the vintage. 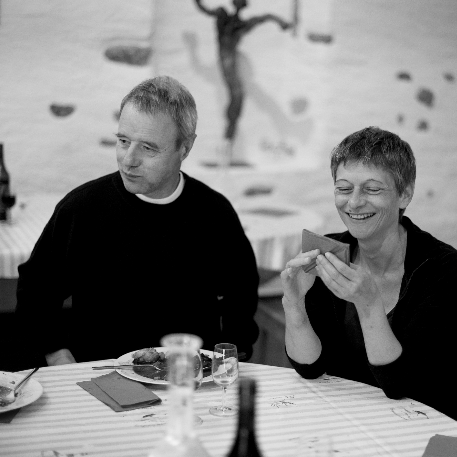 We are delighted to present our 2010 vintage. Like the 2009 vintage, it benefitted from magnificent weather conditions albeit very differently.

You’ll find the result of our meteorological and viticultural adventures in your wine glass, with fruity, lively, dynamic whites that will cellar-age well, and structured, full, spicy reds with refined, well-integrated tannins. As always, our main focus throughout the entire wine making process was maintaining the right balance of all those rich components that distinguish the very finest pure, light, wines. 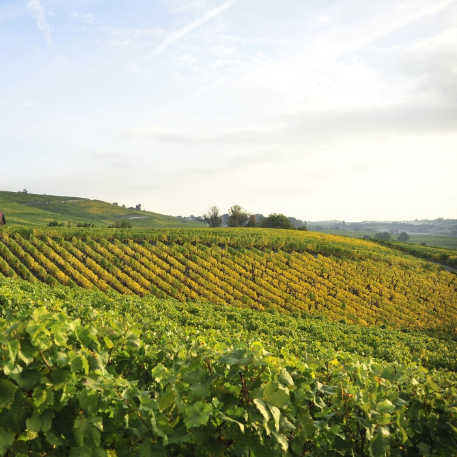 We are delighted to present our 2011 vintage, which is marked by last winter’s abnormally mild weather – weather that carried over into the rest of the season.

As for raising the wine – we let nature take its course, so that our terroirs and grape varieties have free reign to fully express their personalities. Already, we’re seeing Chasselas characterized by minerality, yet fruity and fresh; complex, graceful Pinot Gris; subtle, elegant Pinot Noir… 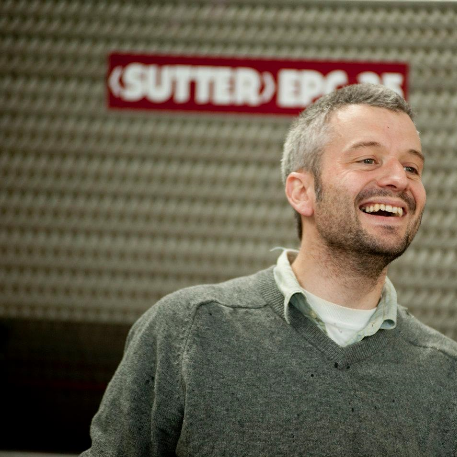 Crucial during the winemaking phase is preserving the essence of what the soil gives us: not being afraid of taking risks, trusting to instinct, while respecting the grape must and guiding its natural processes as delicately as possible. 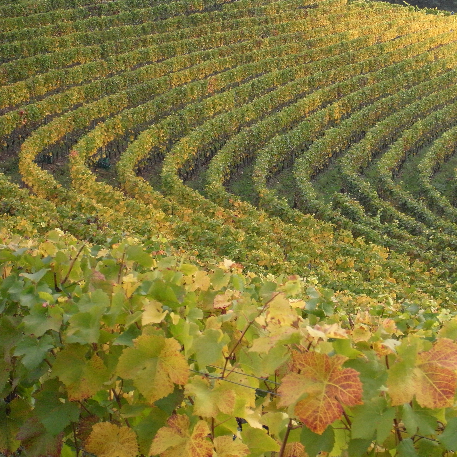 In our entire experience of winegrowing our vineyards have rarely been subject to as intense environmental pressure as they were in 2013.

But the picture is far from black – thanks to constant care and attention the vines found the resources they needed to counter the vagaries of climate.

What can be said about the 2013 vintage except that the small yields, weaker levels of alcohol and well-supported acidity presage crystalline wines that are very much in line with what we aim to produce.

Our biodynamic cultivation method paid off with mature grape seeds and deliciously fruity must. Right now, the wines are very sensuous, clear and pure. Factors that the 2013 vintage has in common with older vintages such as 1995 or 1998 make it possible to affirm that this vintage will offer stimulatingly fresh and powerfully mineral wines that appeal to true wine lovers and connoisseurs. 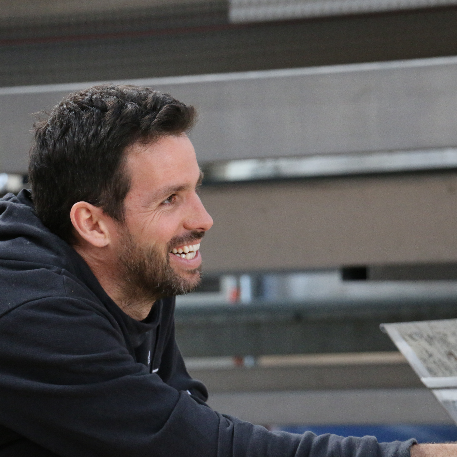 After more than thirty vintages vinified at the Domaine, the situations are always new: to adapt is a pleasure and a need renewed every year.

Let’s look at what were the characteristics of the 2014 vintage:

This mild weather in spring, difficult in summer, and sunny in autumn is well suited to the vine and allows us to obtain remarkable wines by their crystalline freshness, their aromatic complexity, and their mineral structure. Keeping most of what nature gives us is a philosophy that is important to us and that we like to share. 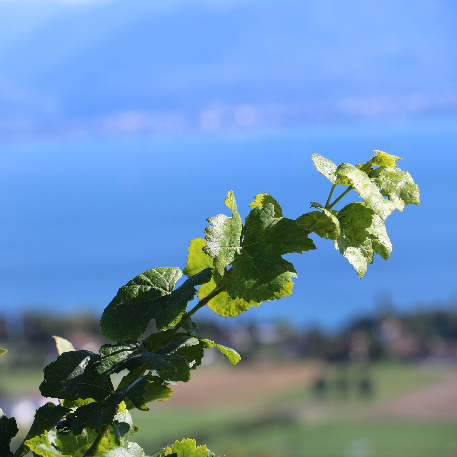 How to tell you about the 2015 vintage without having stars in your eyes?

Such a year represents the dream of every winemaker! And this dream began, logically, in the natural dynamics that developed in the vineyards …

Around April 20, the buds burst. A little late. But the delay is quickly caught up, thanks to four consecutive months of heat, above the average of the last ten years. July is even the hottest month since 1864!

At the moment when the growth reaches its paroxysm, the branches grow by 7 cm per day … At this rate (5 mm per hour) an attentive observer could see the vine grow!

Then … everything is calm. The drought is starting to be felt, especially in young vines where the root system is not yet deep enough.

But on arrival, the health of the grapes is perfect! Maturation is ahead, and idyllic harvesting can begin on September 18, ending in early October.

In the vineyard, the conditions were simply ideal. And our approach, which consists of listening to and respecting the natural biodynamics of soils, plants and human labor, has proved particularly fruitful. So stay … the work in the cellar!

With magnificent grapes, which deserve reflection, attention, respect. So we took risks and worked … to do nothing! That is to say: not to intervene, inadvertently, in what nature had delivered us. Concretely, it has asked us to trust the natural yeasts already present in the environment, to let them express the full potential of the soil – by adding a strict minimum of sulfur, only in the spring, and leaving the wine to rest for a long time on its fermentation lees …

And the least we can say is that nature has given us this confidence in a particularly generous way: the wines are marked by solar aromas, with a high purity of expression, carried by suave and dynamic structures. 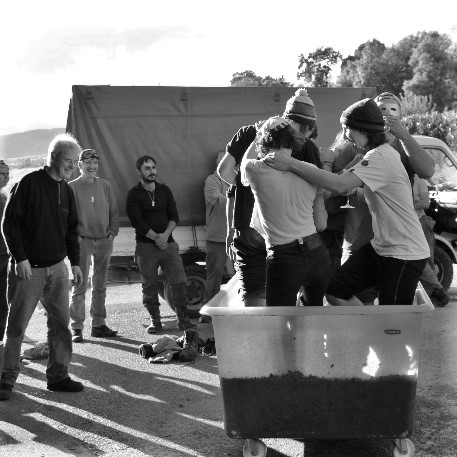 2016 will be remembered for its very contrasting conditions.

The first leaves showed the tip of their nose around mid-April with a mild and rainy spring. A return of the cold early May made us fear frost. Fortunately, Lake Geneva played a good role as a regulator and saved our harvest. The rains of May and June forced us to constant surveillance and slight but repeated interventions.

Thanks to our biodynamic care for 17 years, our vines resist better to difficult conditions. Our living soils, with a diversified fauna, have well absorbed abundant and unusual showers.

High temperatures in July favored rapid plant growth and vigorous growth. In August and September, heatwave and drought filled the gap of the first weeks of the season and were conducive to the good maturation of the different grape varieties. The harvest began under the best auspices on October 5th. The positive experiences of previous years have allowed us to trust our grapes. Concretely, we remained minimalist in our interventions in the cellar: a slow pressing, no sulfur, then yeasts taken from several plots of the Estate that gradually turn sugars into alcohol. Wine can express all the magic of the place where he was born. This magic, we feel in the fruity, juicy, generous, natural and fresh expression of our wines. 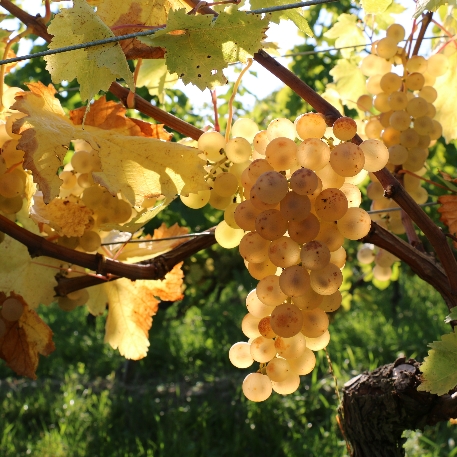 The vine woke up particularly early in 2017, so the first leaves were very sensitive to spring frost and many wine regions were affected. Thank you lake, we escaped this disaster.

The rest of the wine year has given new life to the winemakers. Little rain, so little humidity and pressure of fungal diseases, without however that the vine lacks water and is stressed.

The picking was early, from September 12th. The maturity of the berries was therefore made on long days, unlike last year when we started almost a month later! Photosynthesis is more important, therefore, the sugar level is higher. In itself, a reasonable harvest, a beautiful maturity, and freshness. 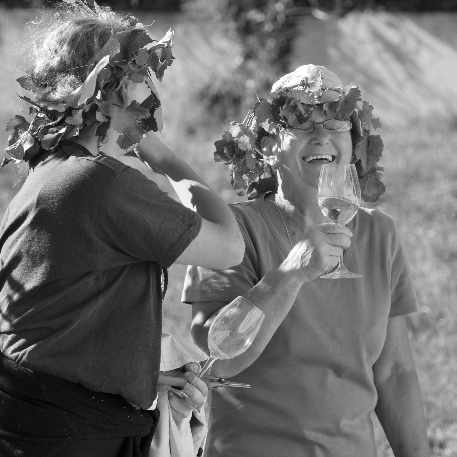 The budding date predicted a normal year, with harvest in October, as usual in our region. But the time until the flowering has rarely been so short: only 49 days against 62.5 days on average thanks to hot and sunny weather!

So we started picking on September 10, with grapes of absolutely irreproachable quality and temperatures still frying 30 degrees. It was one of the nicest and longest summers ever recorded.

The fermentations went well. The last sugars turned into alcohol. Crucial stage, revealing the subtleties of the grape. Out of respect for work in the vineyard, we vinify in the same state of mind. In particular, by the use of native yeasts or the absence of sulfur, which makes us live adventures sometimes surprising … The tasting is daily. We monitor the wines with curiosity and interest, which allows us to gently guide each tank through temperature controls or transvases.

We are looking forward to seeing you again at our cellar to taste this 2018 vintage, which offers wines with body and very nice concentrations of aromas. 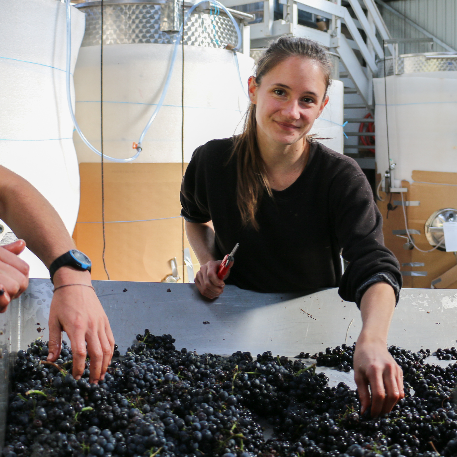 Flowering was normal, around 20 June 2019, very soon after the women’s strike. Spring was somewhat humid, but beautiful weather in August and September encouraged perfect ripening of the grapes.

In the higher areas of Féchy, 15% of the vines suffered hail damage, but luckily before the veraison so the berries dried and fell. The grapes thus remained very healthy.

We took a long time tasting the grapes in the vineyard in order to choose the best possible picking time for every grape variety on each of our 38 vine parcels. We began harvesting 23 September, making this pretty much a classic growing season.

The grapes went through two selections, once while on the vines, then on the sorting table, to make sure they were perfect. And then it was up to us, in the cellar, to know how to interpret, as best we can, what they have given us. Without sulphur, without added yeast, with no additions at all, we need to taste virtually every day to ensure that the wine undergoes a gentle yet precision-driven development.

A vintage with lovely balance between body and structure.

A vintage very much up to the high standard of the Fête des Vignerons that was celebrated during the summer. 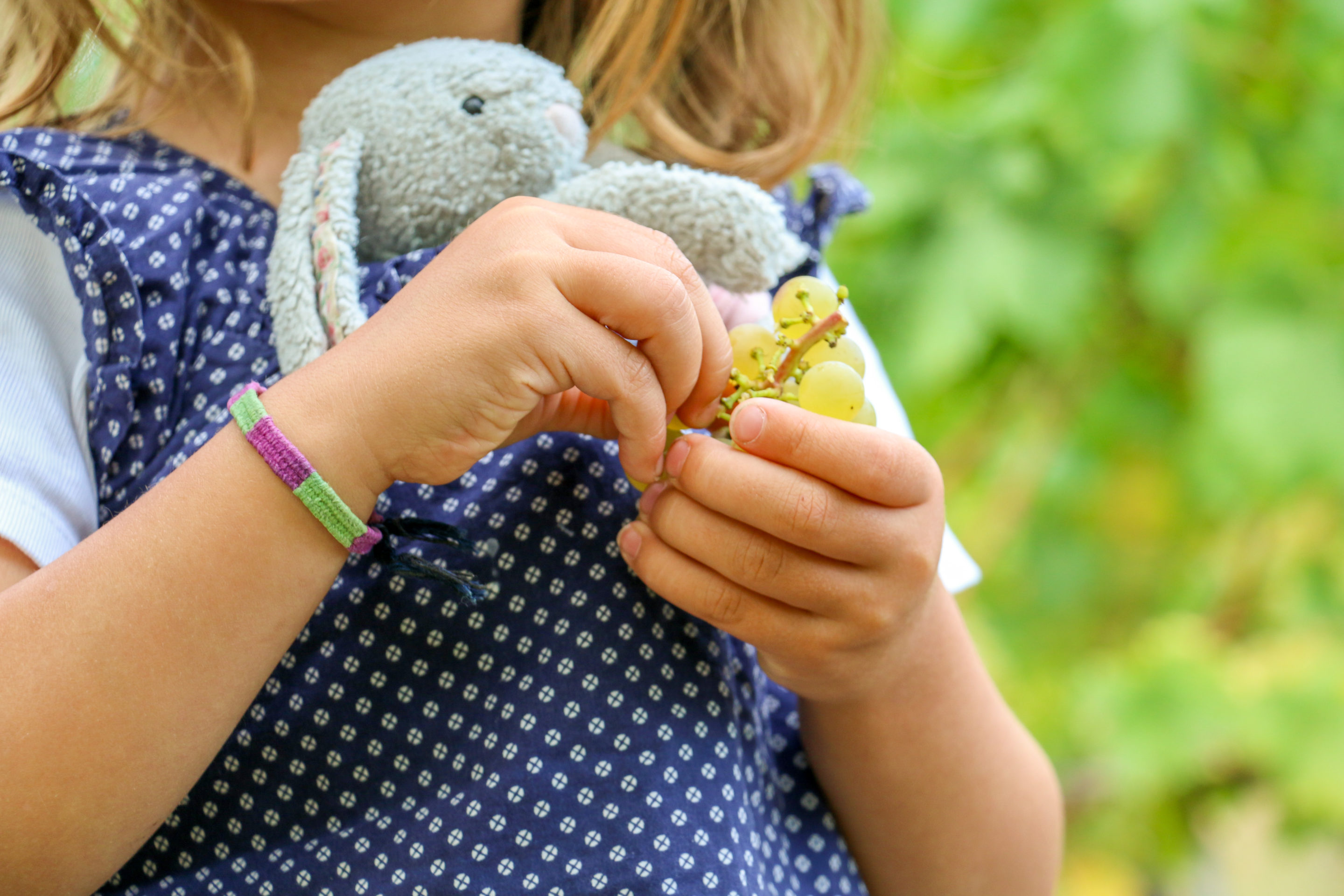 The 2020 vintage began with a very favourable spring. It was in the middle of the flowering period that cold and wet weather caused an unusual number of flowers and berries to drop off.

Then the weather was good and there was water at the right times.

As a result, the harvest started very early, on 7 September. Small grapes with a high concentration give birth to intense aromas and a mouth with a preserved vivacity.

When nature does things well, everything is easier.

Bottling was delayed to ensure careful maturation in line with the maturity of the different terroirs. 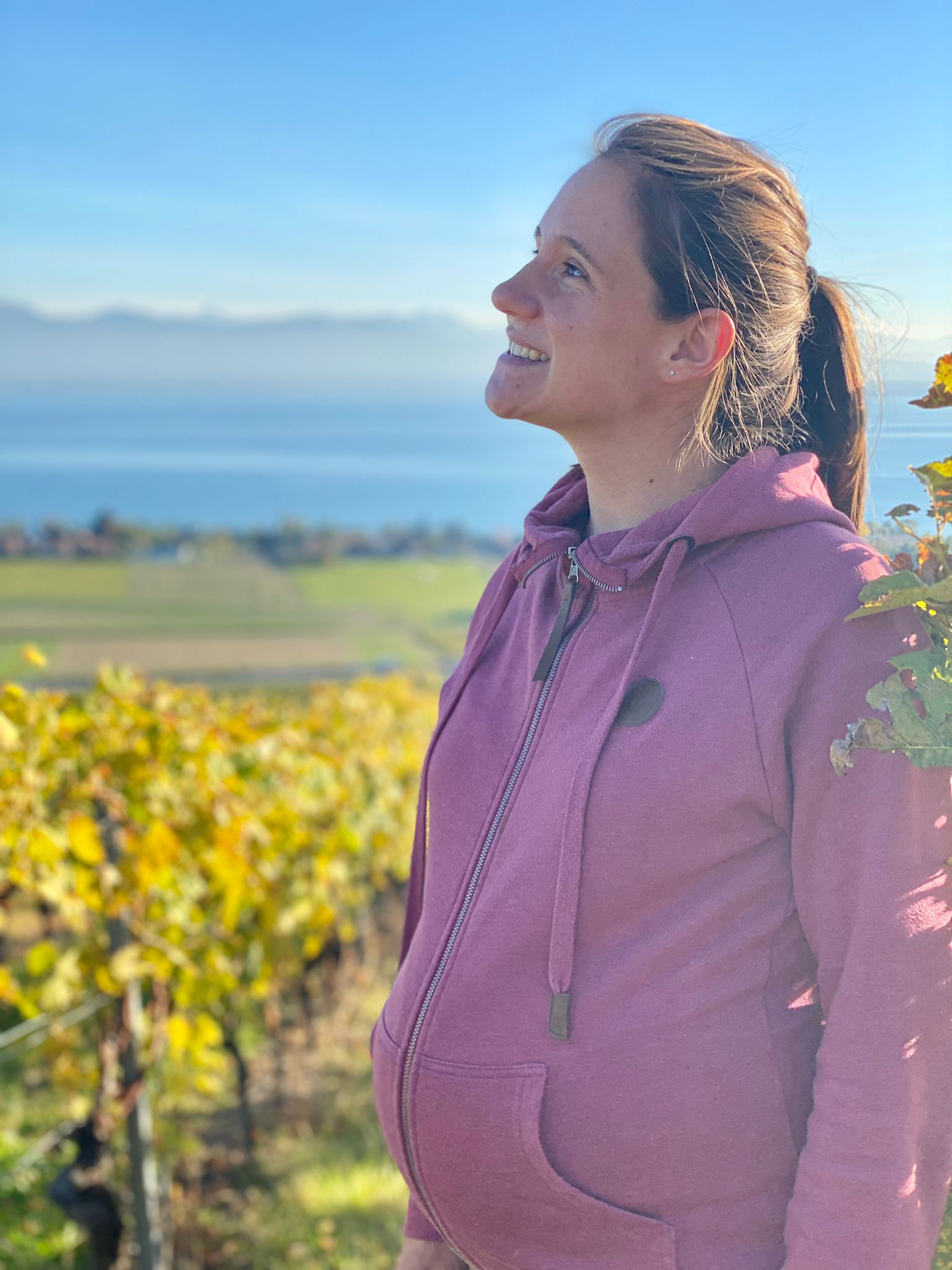 We escaped the frost episodes in April, but the heavy rains in June and July brought an important pressure of mildew, making 2021 a particularly difficult year.

After a favorable end of season for berry ripening, we started the harvest on September 27th with Pinot noir at 95°Oe, then Chasselas around 77°Oe.

Even if the volumes are slightly below average, 2021 promises to be a very good vintage: structured (low harvest), fruity (fresh year), crystalline (good noble acidity). As if the vines had struggled to give the best of themselves.